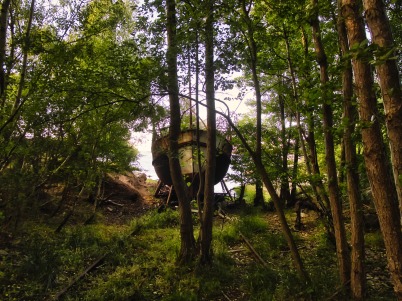 “Ship of fools on a cruel sea, ship of fools sail away from me.
It was later than I thought when I first believed you,
Now I cannot share your laughter, ship of fools.” – The Grateful Dead

In Plato’s Republic, book vi, he describes a scene in which a ship that is piloted by a totally inept captain is soon taken over by a slew of people; crew and passengers, who are irrational, empty-headed, unconcerned and unaware of their course on the sea. All of the people on the ship argue about who has the right to steer and though none of them really knows how, they are ready to throw overboard anyone who is averse to their ideas. Ignorant of the true art of sailing they all float on oblivious to their true fate. Written around 380 BC as a Socratic dialogue concerning and defining justice it is a reminder of what can happen in a government where commerce rises above common sense.

Two events occurred this last week that make Plato’s allegory àpropos to the state of our planets’ health and all that are responsible for it: the decision on Monday May 11th by the Obama administration gave conditional approval for the drilling of oil by Shell Global in the Chukchi Sea off the coast of Alaska and NASA released a study that shows the remaining section of the Larsen B ice shelf in Antarctica nearing an end.

The Larsen B “is quickly weakening and likely to disintegrate completely before the end of the decade”.   This is significant in that it is telling us that change in Antarctica can occur much more quickly than our scientists have previously predicted. The next glacier that is collapsing is Larsen C. About the size of Scotland it has been in existence for 150,000 years; without it we will have to re-write the coastal sea level rise predictions world-wide. The glaciers in Antarctica provide a natural buffer; without them glacial ice enters the ocean faster which will cause a greater and more rapid global sea level rise. Two other Ice shelves, the Ross Ice Shelf and the Filchner-Ronne Ice Shelf are Antarctica’s largest, each bigger than California. When they go the coastal waters will rise about 10 meters. According to a fact sheet by the USGS , “a sea-level rise of 10 meters would flood about 25 percent of the U.S. population, with the major impact being mostly on the people and infrastructures in the Gulf and East Coast States”. As the planet warms the ocean warms and the ice sheets break apart and melt and it’s happening faster than previously predicted.

Named after Russia’s Chukchi People, also known as the Reindeer People, who still inhabit the Western shoreline, the Chukchi Sea is a Southern extension of the Arctic Ocean and home to a myriad of life forms. Audubon Alaska describes the Chukchi Sea as “one of the most productive ocean ecosystems in the world. Its vast, shallow sea floor and seasonal ice cover provide nutrients and pristine habitat for a multitude of organisms, ranging from walruses to ice seals to whales to millions of seabirds to the top predator mammal, the polar bear”. Navigation through the sea is only possible 4 months of the year and these are some of the harshest seas on the planet. The noise of the rigs and the well installations will also drastically affect the fragile ecosystem. Underwater sea life depends on sound as we humans depend on sight for mating, hunting, and general survival; it’s how they navigate in their world. The endangered Fin, Humpback and Bowhead whales as well as a great many Beluga whales will have their communications disrupted from the noise created by the rigs. But that’s not the worst of the risks the Obama administration has taken on with this decision. Over 1000 miles separates the Shell rigs, from the nearest Coast Guard station. If a spill were to occur, there would be absolutely no hope of cleaning it up before it would wreak havoc on the environment.

While Shell may say that they are ready should a spill occur no one has ever been able to completely clean up an oil spill in the colder regions of the ocean much less anywhere else. The Exxon Valdez on March 24, 1989 spilled over 11 million gallons of oil into Prince William Sound and 26 years later the effects of that spill are still being felt by whales and other sea life. NOAA has indicated that some of the oil appears not to have biodegraded at all; it is still there in between the rocks and on the beaches damaging the ecosystem.   On NOAA’s website they state that, “Attempts to recover oil during spills in Alaska have often failed and, in many cases, weather and other adverse conditions prevent any response at all. Oil spills in Alaska have killed birds, tainted shellfish, fouled shorelines, and contributed to declines of fish populations.” “The U.S. is not adequately prepared to respond to a large spill in broken ice conditions in the Arctic and sub-Arctic region,” said Dr. Amy Merten, co-director of the Office of Response and Restoration’s Coastal Response Research Center.

To be sure, one of the greatest ironies of Climate Change is that the companies and countries that are largely responsible for the high CO2 emissions may well benefit from the melting ice, for as long as we allow them to. One has to wonder what the motivation is by Shell to drill in the Arctic. They state that it is for future energy use. According to the BP website; “Total world proved oil reserves reached 1687.9 billion barrels at the end of 2013. Sufficient to meet 53.3 years of global production, which would mean that oil that is being brought up from the ground now will not be used for over 25 years. During that time surly we can move faster towards a much lower oil use than the current trend?

Environmentalist Bill McKibben calls it Obama’s Catastrophic Climate-Change Denial stating; “ Even in this most extreme circumstance, no one seems able to stand up to the power of the fossil fuel industry. No one ever says no”.

Despite all of the evidence and the protests by environmentalists and native people of Washington and Alaska, the Shell oil rigs are on their way to the Chukchi Sea and when a spill does occur the Obama Administration will be long gone and all we will be able to do is wish we had been more vigilant of the ship of fools running our government.

“People ask: Why should I care about the ocean? Because the ocean is the cornerstone of earth’s life support system, it shapes climate and weather. It holds most of life on earth. 97% of earth’s water is there. It’s the blue heart of the planet-we should take care of our heart. It’s what makes life possible for us. We still have a really good chance to make things better than they are. They won’t get better unless we take the action and inspire others to do the same thing. No one is without power. Everybody has the capacity to do something.”
– Sylvia Earle, PhD – Marine Biologist

A Sustaninable Farm in Northern California

THE EDITOR'S JOURNAL
A Narcissist Writes Letters, To Himself

A blog full of humorous and poignant observations.